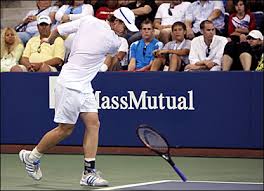 When someone is in the middle of a match and they are losing, what do they think and do to encourage themselves to win?

What this question tells me:

I believe that the question tells me to fight, be outstanding to impress other clubs. It tells me to trust others and not to stop. I am going to write how I feel when I am losing, the answers and ask for people’s opinions outside of karate and then link it to karate.

How I feel when I’m losing:

When I’m losing a match I feel gutted and ashamed of myself. I want to run away and give up. Then I ask myself why did I want to do this in the first place? Then I remind myself that I’m representing the club with true power and pride. Now I’ve got to this level there is no turning back. So all I can do is think positive and try my best.

If I was in the middle of a match and I was losing I would see what techniques my opponent is using and see if I have a possibility of stopping it and hopefully add in a counter attack to gain points and maybe retrieve a comeback.

I would never think negative but have a PMA (positive mental attitude). I would be angry and imagine that they insulted me or broke my most treasured possession and I want to fight back because I should.

I also listen to what my coach is trying to tell me because I know he is the one who I could put all my trust into. They are the ones who I should listen to the most because they got me to this level and have as much faith in me as I have faith in them.

If I am being beaten I would just give it my all and just confidently and happily carry on and represent our club and show how we are dedicated to perfection by being brave and fight.

This is what I know I must be doing but in reality it is sometimes different.  In previous competitions I have found that I get angry at myself and get upset because I lost. I get upset because it makes me feel embarrassed and want to run away but there has to be one winner and one loser. Considering that the opponent was good I would learn from the way they successfully won and use the techniques that they used so I could add them in my next match or in the future. I will remind myself this in my next competition and I will remember not to get upset!

Other people’s opinion on the question:

My mum (on running):

When I start thinking of quitting early, I try my best to start thinking positive. I do not want to have the feeling of failure at the end because of stupid excuses like my legs are hurting or I’m too tired and that I can’t complete it, so I block the negatives outside of my brain.  I don’t want to let myself down, or then have to explain to my running friend why I didn’t finish! I remind myself about the good feeling of achievement at the end when I am given my time.  I know I can do it so I put in all effort to get to the end.

Well as a captain I would look at where the team are weaker. First analysis would be on the opportunities at goal, are we getting plenty of opportunities, but have we weak shooters or is the ball never reaching our shooting circle. From this I would rearrange players accordingly. Then I would look at tactics, so what the opposition are doing and think of ways to interpret their play. Also look at the oppositions weak points and use them to our advantage, for example if the opposition has one shooter better than the other, then we would aim to deliberately block the stronger shooter. The team will discuss this at quarter breaks. On the field I would give more vocal direction and words to keep morale up. If we were losing by a fair amount, I would then set a new aim of getting at least half the number of goals of the opposition has got, which would mean we could gain a higher goal difference in our league. I would also say to the team, losing a game is good practise for future fixtures.

Thomas Maddocks (based around football):

Never give up and always encourage others right to the end. It is very difficult for a team or an individual to stay on top for the full duration of the game; you will get a chance. Knowing this fact not panicking and staying positive and determined is really important. You must however take advantage of your opportunities when they arise keep working hard and keep encouraging when you sense the opponent’s heads going down. I personally hate losing and that is all the encouragement I need.

The thing all these things have in common is the encouragement you must give to yourself and to give to others; either if they are winning or losing. You have to sense the smell of victory. This links to karate by supporting others and yourself. This mainly relates to the corner chair person who will give you feedback for example: hands up!!! Quick! In out really fast!! Although it is hard to listen when you are thinking about beating your opponent. So you need to keep an ear out.

Finally, to answer the question in a simple sentence:

You should encourage others and yourself to win by thinking positively, having the confidence that you can achieve it and focusing on the end result.

The Eight Principles of Martial Arts