According to the BBC a Martial Arts Black Belt’s skill in punching has more to do with his brains rather than his brawn. This is what the article had to say on the subject.

Karate punching power ‘all in the brain’

Black belts show structural differences in specific parts of their brains (in white)
Packing an impressive karate punch has more to do with brain power than muscle power, according to research.

In a close-range punching contest described in Cerebral Cortex, experts consistently out-hit novices. Scientists peered deep into the brains of the experts to reveal alterations in regions controlling movement. These changes were linked with better coordination and speed of punch, a team from Imperial College London and University College London concluded. 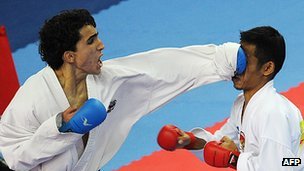 Ed Roberts from Imperial College London, who led the study, said: “The karate black belts were able to repeatedly coordinate their punching action with a level of coordination that novices can’t produce. We think that ability might be related to fine tuning of neural connections in the cerebellum.” To determine the speed of the punch, the researchers filmed and timed the movement of the infrared sensors attached to shoulders, elbows, wrists and hips of the people. The study of brain structure and function has been accelerated by the development of new medical imaging techniques, such as Magnetic Resonance Imaging (MRI). The current study used a special MRI technique called Diffusion Tensor Imaging. This is useful in the investigation pharmacy of a variety of brain disorders such as multiple sclerosis, epilepsy, brain abscesses and brain tumors. 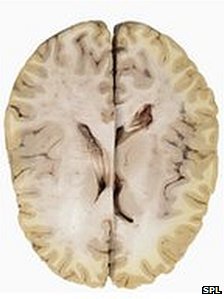 The brain contains two main types of tissue – grey and white matter. The regions controlling and coordinating movement are known as the cerebellum and the primary motor cortex and are composed of both. However, the study showed that changes in the structure of the white matter were associated with improved coordination. Changes in white matter structure have been observed in other individuals engaged in repetitive physical activity – pianists for example – and can also be induced simply by thought. In a study published in the journal PNAS, the authors showed that regular meditation resulted in white matter changes in regions of the brain associated with emotion. Commenting on his findings, Dr Roberts said: “Most research on how the brain controls movement has been based on examining how diseases can impair motor skills. “We took a different approach, by looking at what enables experts to perform better than novices in tests of physical skill.” Also, by looking at healthy subjects, it is hoped that scientists will gain a better understanding of how movement is controlled. One of the main diseases affecting white matter is multiple sclerosis (MS). This is a chronic degenerative disease that affects millions of people around the world. But the cause of MS remains unknown.